The Power of Hashtags 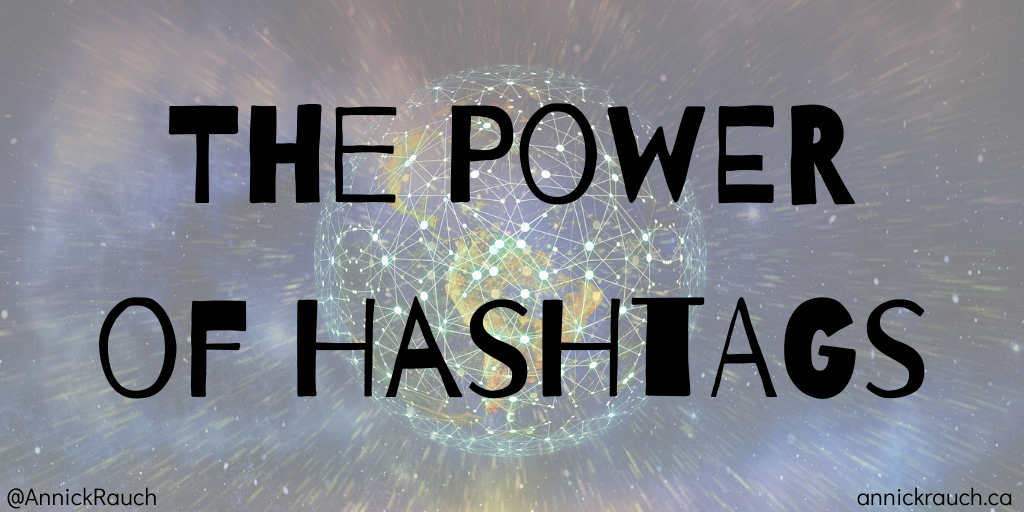 Hold up… what is a hashtag?

You know that little pound sign or number symbol that is in front of letters or words? That is a hashtag.

But in all seriousness, hashtags are a super powerful tool used on social media that go above and beyond making you chuckle (even though I totally appreciate a good witty hashtag or two!!)

Is there anything more Canadian than me right now? ☺️ Freezing my butt off shooting outside, drinking Tim Hortons in a touque with maple leaf mittens ? @jenniferleephotographywinnipeg #thiscoffeetastesburnt #thisiswhyidrinkstarbucks #canadian

Isn’t my friend beautiful AND funny? I think so, anyways!

Why and how to use a hashtag?

Think of hashtags as a way to organize, and do I ever LOVE being organized!

Most of you will be able to relate if you think of how you save files on your computer. You probably have a “Documents” folder, a “Pictures”, and a bunch of other examples of folders and folders within folders. At school, I have more folders than I can count, and sometimes my stuff gets lost. I think to myself… where did I save that activity? Would it be in my December folder because I generally do it at that time of year? Or maybe it’s in my Class Songs folder because it’s a song. No wait, it’s probably in the Winter Concert folder. Gah! WHERE IS IT!? Thankfully I’m now able to use the search feature to help me relocate many files, but it truly was a complicated matter that tested my memory and patience more times than not before the search bar was added.

Anyways, I’m talking about folders on your computer because when you send out a tweet, for example, and include hashtags within your tweet, think of it as that tweet being stored in different folders, or hashtags. Light bulb moment! Have a tweet that touches many different subjects? Include several hashtags (imagine if I could find that activity in all three of the folders mentioned above). Not only does this help you find your own tweets latter, but it helps other people who may be interested in those topics find them, too. It also enables other people to dig deeper into that subject if they’re curious.

We hope you and your students will join us for Growth Mindset Read Aloud 3 #MindsetMondayLRSD in January 2020!

In this tweet, I was promoting our third round of Growth Mindset Read Aloud. The hashtag that we use for this read aloud is #MindsetMondayLRSD. I’ve also included #GrowthMindset because people who are interested in this might find my tweet this way. I also included our school hashtag #SageCreekLRSD in order to announce to my colleagues that it’s about to start in hopes that they will join. Finally, I included #tlap and #leadlap since I love these communities of educators and there might be some of them who would like to join, or share with others they know who might want to join.

I absolutely love what my school, École Sage Creek School, has done this year. We are a new school that is currently in its third year of being open, and from the very beginning, we had a school hashtag #SageCreekLRSD. It’s been awesome for the last two years to be able to click on that hashtag and see what others in the school are up to. Having and using this hashtag also made the Report to the Community that my principal Marc Poirier, compiled at the end of the 2018-2019 school year just amazing! Not only was he able to showcase all of the incredible things that we had achieved as a school that year, but he was able to add links to tweets and web stories that gave a bit more information and context. You know that feeling you get at the end of the school year doubting yourself and wondering if you’ve done enough? Well this document solidified that we, as a school, did some pretty incredible things, and we should be proud.

This year, our school hashtag game went up a notch thanks to my principal, and although I’m kind of biased, I think this is a genius idea that others might like to implement. Not only are we continuing to use our school hashtag, we’ve added four additional hashtags based on our four school priorities, which align with our school division’s priorities: #ESCSbelonging, #ESCSmastery, #ESCSindependence, #ESCSgenerosity. Now, not only can anyone in the world check out what is going on at our school by clicking on our school hashtag, but if they are more so curious about what we’re doing to create a culture of equity and including, they can click on #ESCSbelonging. If they’d like more example as to how we are creating a culture of learning and well-becoming, checking out #ESCSmastery provides many examples. #ESCSindependence showcases how we are creating a culture of inquiry and responsibility, and finally #ESCSgenerosity demonstrates how we are creating a culture of caring and collaboration. Talk about powerful.

It doesn’t matter who tweets it. It can be anyone who works in the building, or even someone across the world who is collaborating with us in some way, shape, or form. If the hashtag is included, it will be safely stored and can be referred to at a later date, too.

I am extremely excited for the potential that this simply addition to our school hashtag is creating, and I can’t wait to see what our report to the community will look like at the end of this school year.

How are you using hashtags within your own context?