What Makes You Human? #TeachersAreHuman

It’s no secret in the edu-world that teaching is hard work. You’ll very rarely find a teacher who won’t say that it isn’t worth it, but the truth of the matter is that this profession takes a lot out of us. I saw a version of this image floating around social media last week, and it made me pause. 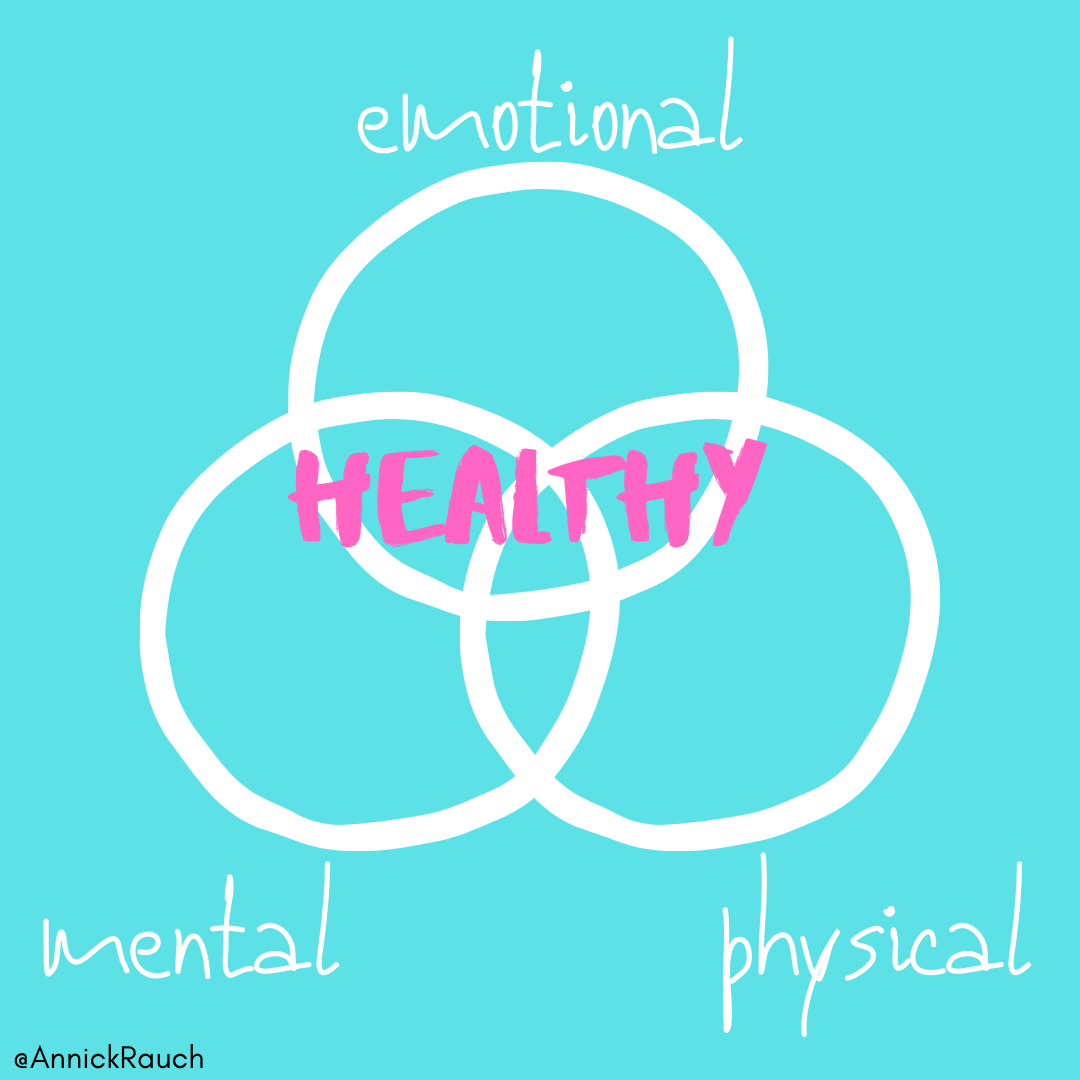 I’m not one for comparing, but if I look at my husband’s day-to-day work demands as opposed to mine, they are drastically different. As a delivery agent (or whatever his constantly changing title is – he works for Canada Post and delivers mail and parcels and all that good stuff), his job demands a lot more physical exertion than mine does. He walks (runs?!) miles a day while carrying around a heavy bag full of mail. He does this on days when it is pouring rain, through thunderstorms, extreme heat, and snow storms… and even when it feels like -50 degrees Celsius out (that’s a whopping -58 degrees Fahrenheit for my American friends). Walking through a foot of snow is similar to walking through the desert… it’s no easy feat. Yet he does it day after day. Sometimes, his job drains him mentally when the weather is really bad or when he’s in his head too much because he spends most of his day alone, but for the most part, he gets head space to reflect, de-stress, listen to sports radio (which brings him joy), and loves the fact that he is on his own doing things at his pace without someone watching his every move. Then, when his day is over, it’s over. He doesn’t bring work home… no physical, mental, or emotional work home. Thankfully, because our life is crazy so he needs that energy for our 4 boys and our busy schedule.

I, on the other hand, as a teacher, am a lot more drained in the other 2 circles by the end of the day. I am physically and emotionally drained because I have given so much to my students. I want quiet. I don’t want to be touched. I need space. And that is hard to do when you have four little humans that depend on you at home.

I’ve written letters to myself as a teacher and as a mom to try and remind myself that I am doing alright, despite it being hard. I’ve also written a blog post about how much it hurts when people don’t seem to acknowledge or see how difficult being in this profession is, so when I came across the #TeachersAreHuman movement, it really struck a chord.

“The intent of the movement is to give society (and fellow teachers!) a gentle reminder that teachers are more than just teachers—they’re humans, too. Humans with lives, families, passions, and flaws.

Read more about this movement by reading the whole post here: The Story Behind the #TeachersAreHuman Movement.

What I love about this movement is that teachers are sharing their realities with the world – something that is too often hidden. The fact that we aren’t openly sharing these struggles and our daily realities paints a very different picture of what we do day in and day out. So, here I am, sharing my own #TeachersAreHuman confessions in hopes that it will not only help other teachers know that they are not alone, but also to shine a light on the reality of educators to the broader public (and again, this isn’t about comparison or about competing for “who has it harder”, but simply an invitation to empathize, support, and acknowledge this hard work). I hope you will share, too! 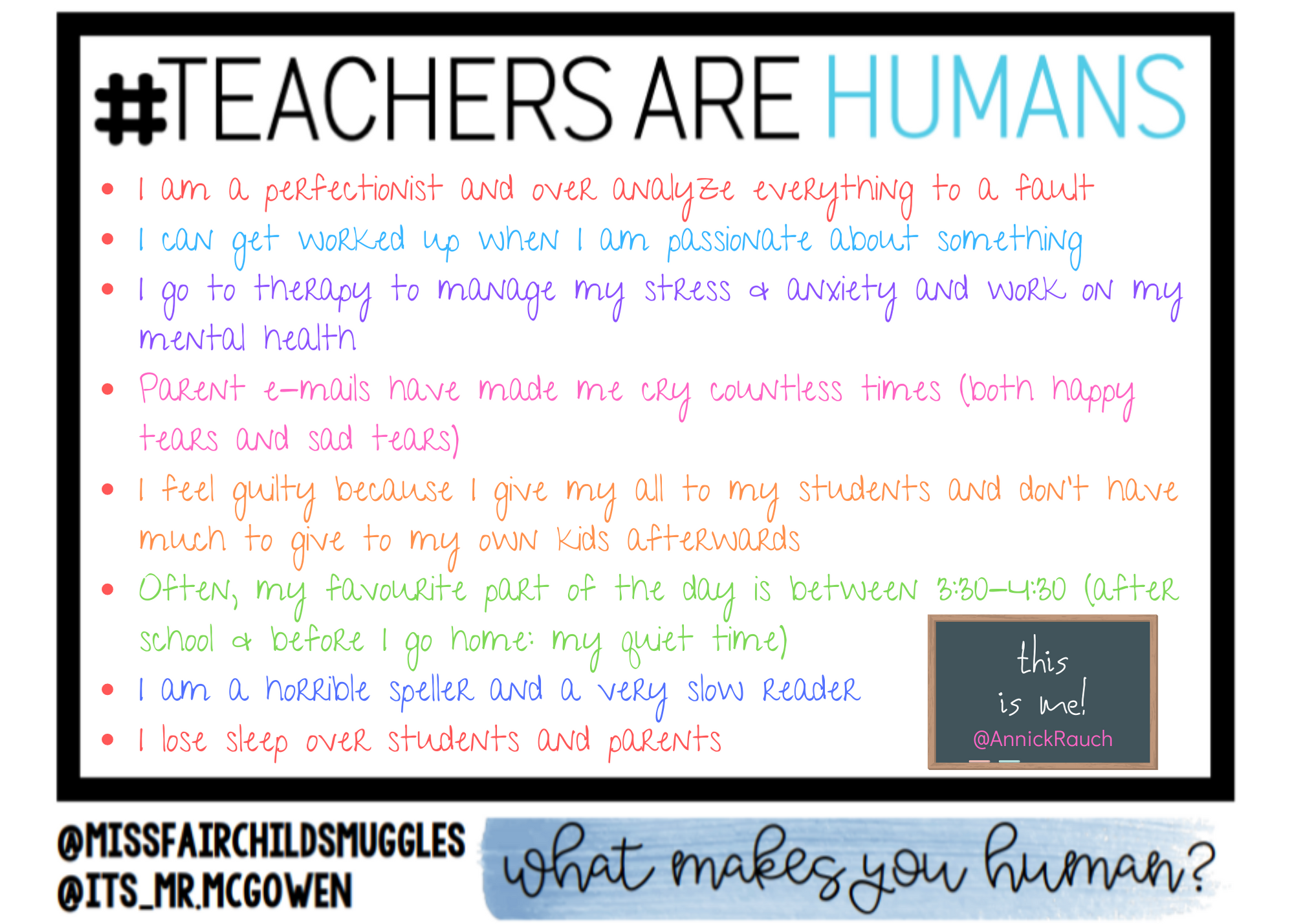